Today's nails are inspired by an image from the MoYou London Cookbook collection that I've always thought was lovely: the artichoke on the vegan plate. 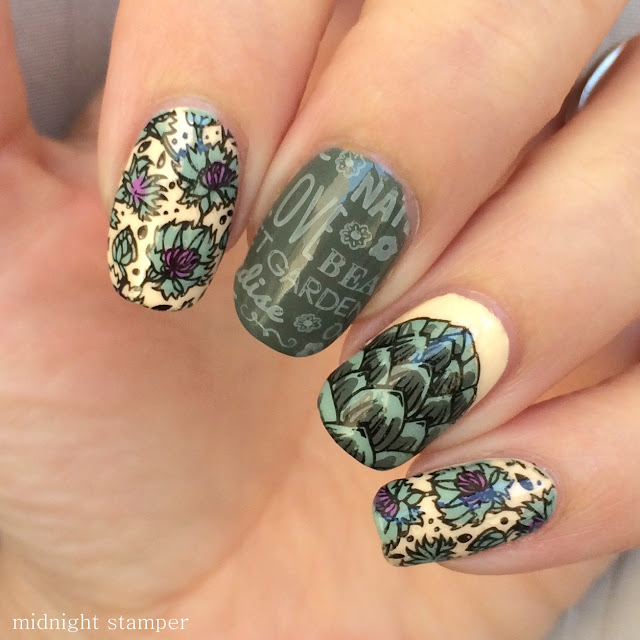 Growing up, my Dad always loved eating boiled artichokes when they came in season in the springtime. While they weren't my favorite food in the world, I enjoyed spending that time with him tearing off the leaves and dipping them in copious amounts of mayonnaise before scraping off the meaty bit at their base. Such a weird food, but kind of fun to eat together! 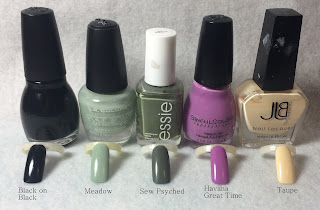 I started this mani with a couple of coats of the cream JLB polish, except for my middle finger, which got two coats of "Sew Psyched". 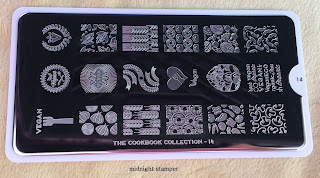 The large artichoke comes from the MoYou London plate "Cookbook 14", which has lots of veggie and grain images. I did use this plate once before, to make a fun pizza themed mani. I've been wanting to pull it out again and put it to use, because I love the quirky images.

So for the big artichoke, I made a decal and colored in the image with two shades of green. This is such a large image, I felt it needed to be given some extra detail with shading. So to do this, I simply started with the dark green by adding it to the base of each artichoke leaf. After that was dry, I took the light green and applied it all over the back of the image with the nail polish brush, then used my trusty toothpick to fill in the edges of the image. 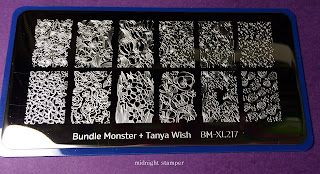 The image on my pointer/pinky fingers is off of this Bundle Monster plate from last year's Blogger Collab collection, by the blogger Tanya Wish. This is one of my all-time favorite plates, and I have used nearly every image on it. They are just so detailed and lovely, and many of them work really well for reverse stamping! 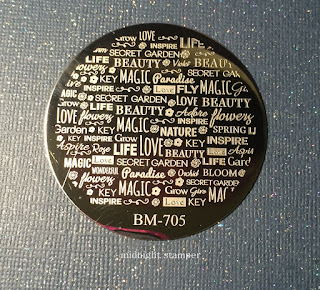 Finally, the image on my middle nail is from another Bundle Monster plate, this time from the "Secret Garden" collection. I wanted some typography on that nail but I wasn't feeling the "vegan" typography image on the MoYou London plate for this mani, so I reached for this one.


Have you ever eaten an artichoke? Are you a fan of the prickly veggies, or do you prefer to stay far away from this unusual food? Let me know how you feel in the comments!