Today's prompt for the #clairestelle8challenge over on instagram is "magic", and while I considered doing a Harry Potter mani for this prompt no particular design was jumping out in my mind, so I had a quick look through my plates and saw the Scandi plate by MoYou London. Remembering the "tardis" image (I'm sure it's supposed to be a regular phone booth, but does it really matter?), I immediately knew what I wanted to do. 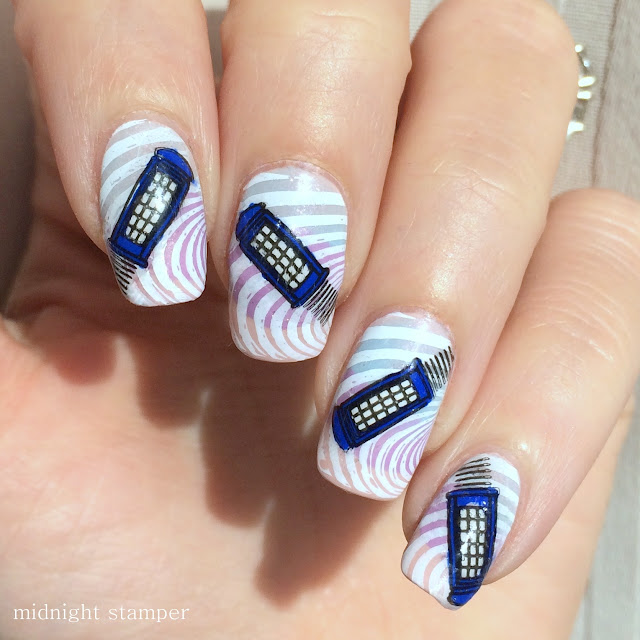 This is my interpretation of the Tardis, falling through the space-time continuum.

For the uninitiated, the Tardis (from the British TV series "Dr. Who") is basically a time traveling space ship. It was supposed to have a feature that made it disguise itself by taking on the appearance of an object that would fit the era and location, but it go permanently stuck on looking like a police call box. 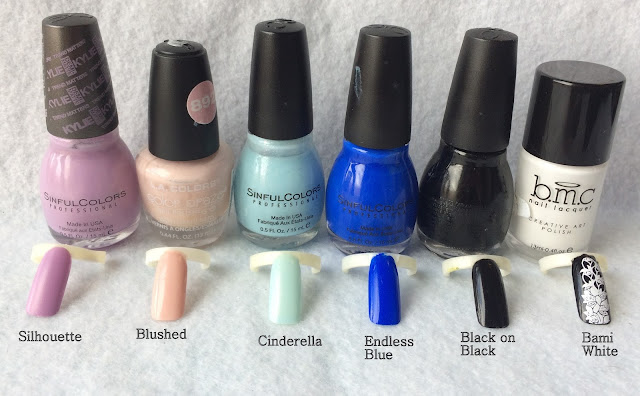 Originally, I thought I'd do a gradient background but when I started sponging it on I decided it was going to take me a million spongings to get it to the opacity I wanted because of my sheer-ish polishes, so I just slapped it on there with the nail polish brushes, lol. I figured smooth transitions weren't super important for this mani since I was planning on stamping over it anyway. 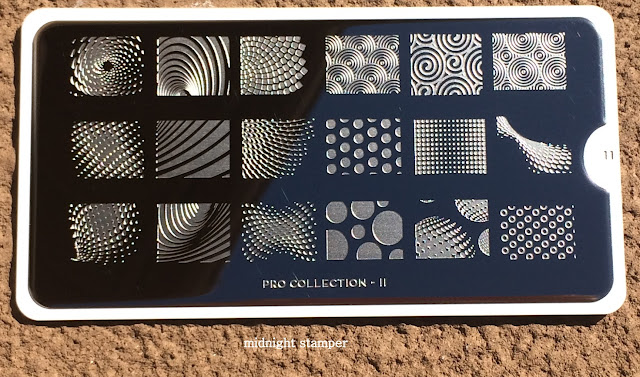 I used one of the swirly stamping images from this MoYou London Pro Collection plate. I'm actually kind of surprised by how often I've been reaching for this plate; I've only had it about a month and I've already used it twice- in a Simple Sunday and a more kawaii mani. 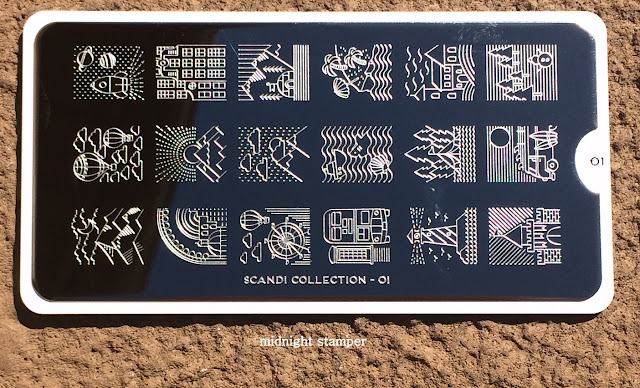 And the phone booth image comes from this MoYou London Scandi plate. There's a double decker bus in the same image as it, but it was pretty simple to just apply polish to the phone booth and then scrape away from the bus to isolate it. I did that four times to make four decals to do a flip-book inspired look.

I love geeky manis, and this one makes my inner nerd very happy, ha ha.