Today marks another week of the bi-weekly challenge at Crumpet's Nail Tarts, and this week's prompt is "blue floral". For some reason, I thought I was doing this prompt a couple of weeks ago so I created a different blue floral mani at that time, and here I am doing another one. The fun thing to me about nail art- any kind of art, for that matter- is the world of possibilities and different looks you can get using even the same colors, the same themes- and the same stamps! 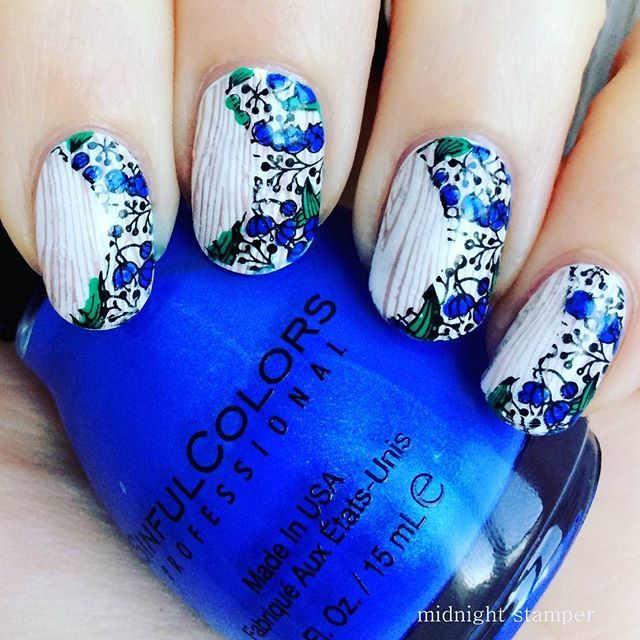 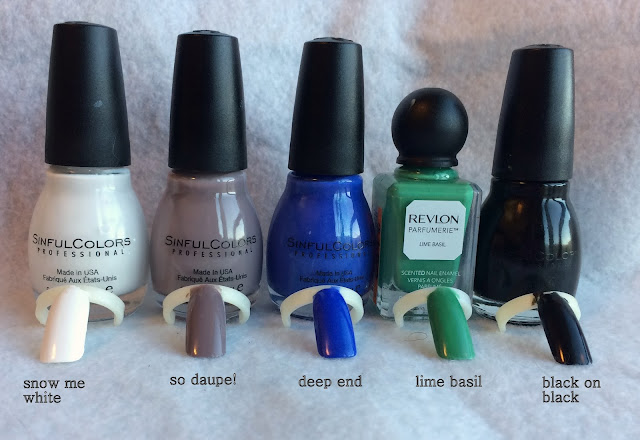 So I started off with a white base and stamped the woodgrain pattern over it in a Taupe color. 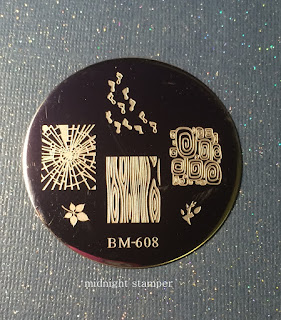 I used the exact same wood grain as last time, because I like it and I also thought it would be fun to create a totally different look with the same stamp. This plate is by Bundle Monster, from the CYO 2014 collection. 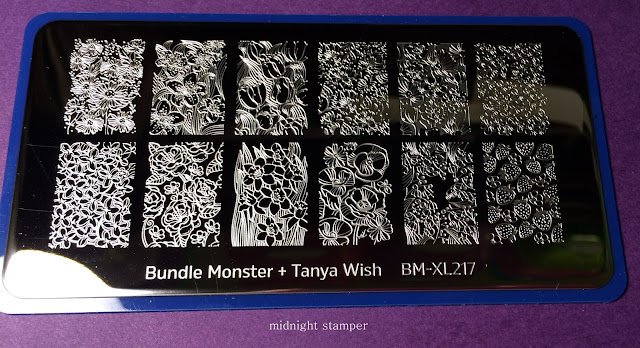 The flower images come from this Bundle Monster Blogger Collab plate, from the newest collection released last fall. I used the bluebell type image on the bottom, the second to last image. But to get it into the curvy shape, I used my Bundle Monster stamping guide: 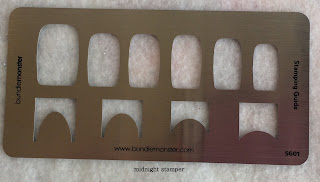 I used the smallest "french tip" guide and placed it over the image. Originally I thought I would use the flowers as kind of a half-moon or french tip look, but I didn't really like how it was looking so I tried turning it sideways and loved it, so it stayed.

Thanks for stopping by! Be sure to check out some more blue floral manis in the link-up!