After last week's tropical mani, I was ready to come in from paradise and create something a little more winter-themed, to pay respects to all those caught up in snowstorms right now. We have no snow on the ground here- and likely won't, considering it's in the 50s-60s, so I put a little bit of snow on my nails instead! 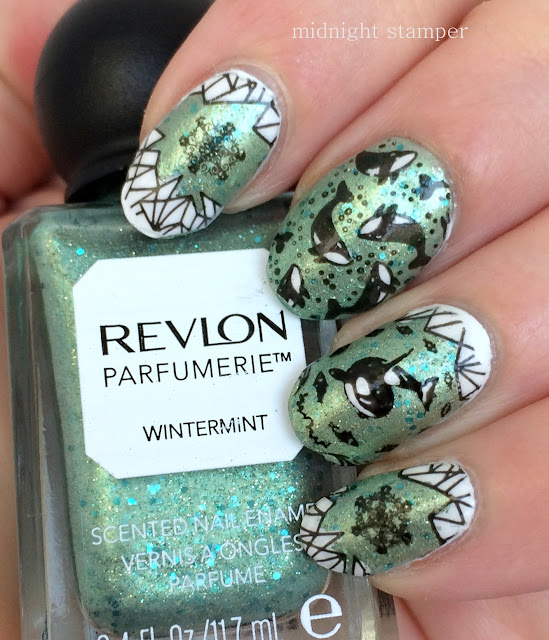 Also, Orcas. Because all of the animal images make me smile. 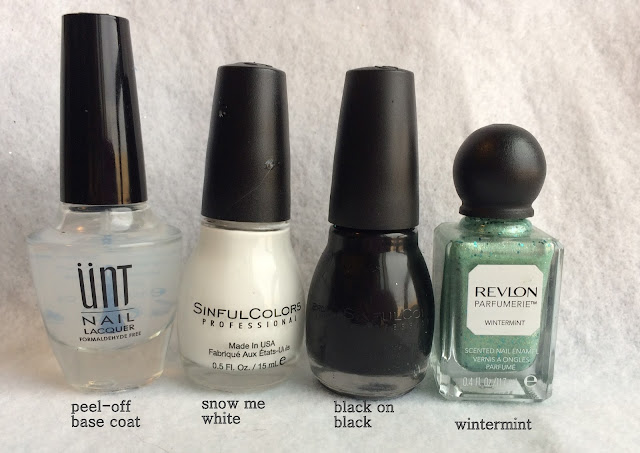 For this mani, I started off with a peel-off base coat because I sure don't want to bother trying to remove a heavily glittery polish with acetone. It's been a while since I have used Wintermint, and I'd forgotten how sheer it is! It's super thin though, so while I lost count of how many coats I put on my nails at about 4-5, it doesn't seem heavy on my fingers. It's a good thing it's pretty! Also, now my nails smell minty-fresh. 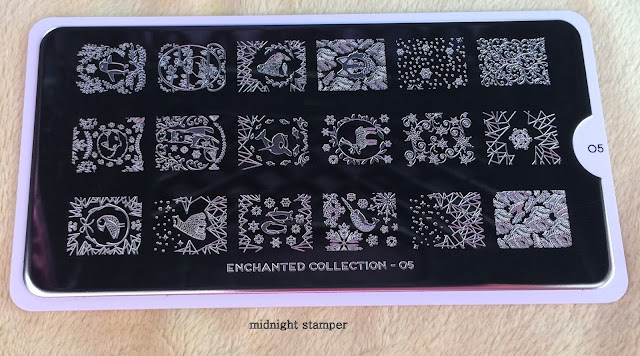 The heart and soul of this design comes from this MoYou London Enchanted plate, featuring all kinds of cute wintry animals. I used this for the orca on my ring finger, as well as the snowflake and ice design on my pointer and pinky. I also used this plate a week or so ago for a different wintry mani, featuring that cute wolf peeking through the pine needles. 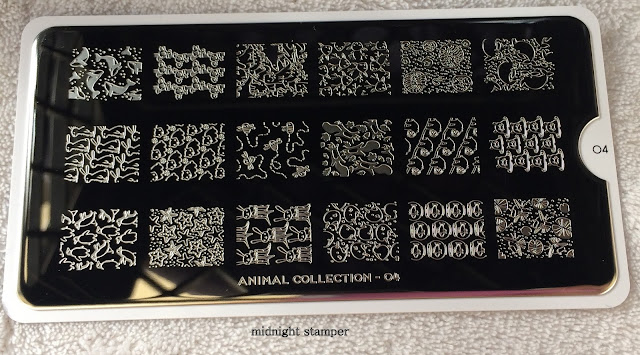 The Orca image on my middle finger comes from this plate from the new Animal collection. I love how the Orcas in this image appear to be playing in the water- it gives them so much personality!